The overall rating is based on review by our experts

From some time, there were some rumors in the air that Elon Musk is going to launch a new smartphone called Tesla Model Pi. Finally, WhatsMobile.com.pk has received amazing features and specifications of Tesla mobile phone that would work on Mars via Starlink.

Tesla Mobile Pi is basically an AI enabled smartphone for futuristic generations. It is claimed in the reports that EV-maker is going to launch this phone soon. On the internet, there are various information is available about this next-generation device and all the information seem to be true.

So, without further ado, lets discuss about Tesla Model PI smartphone expected features. The Tesla Model Pi may have Qualcomm snapdragon 898 or maybe higher. The smartphone will have 2 TB (Terabyte) of flash storage, and an amazing Super Amoled display. It is also predicted that the phone may have a special coating on the body that will allow to change the color of the smartphone. Isn’t amazing???? The color maybe affected by the environmental factors.

It is also expected that Tesla Model PI will have Quad Camera and also a sub screen front side camera. There are rumors that the phone will be able to capture the images of the “Milky Way”. The phone will be charged with Solar energy. One can easily charge the phone by placing it in sunlight. Users can also synchronize their mobile phone with car and control it.

There are multiple other features but mostly are not confirmed but merely based on rumors. For example, this phone will be able to connect with Starlink and it will efficiently work on Mars. The phone will have downloadable speed of 210mb. The phone will also work with Neuralink. Neuralink is a Elon Musk’s project in which machine interfaces will be linked to human brains and operate accordingly. This phone will also able to mine cryptocurrencies. One this we would like to mention here that this phone will be the first which will be connected to satellite available to masses.

When it comes to price, the tesla model pi price is not confirmed. However, looking at the high-tech features and specifications, the price may range between $2,500 to $4,000. In Pakistan, the price will affect with dollar rate along with mobile import duty.

So, keep visiting our WhatsMobile.com.pk or Tesla Mobile Phone Price in Pakistan to stay updated.

The overall rating is based on 1 reviews by users.

10
Post a Review Please not that each user review reflects the opinion of it's respectful author. 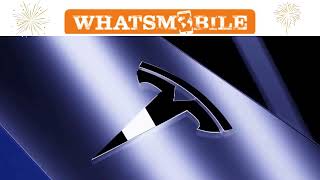 We are covering all most all major mobile phone brands in Pakistan such as Apple (iPhone), Samsung, Huawei, Real me, Honor, Nokia, Oppo, Reno, Vivo and many more. We strive our best to share up to date mobile prices in Pakistan and all other information such as features and specification on our platform.

In this regard, we closely work with major mobiles phone brands, local authorized dealers and mobile phone markets in major cities in Pakistan (Lahore, Karachi, Peshawar, Quetta and Islamabad) to get latest mobile phone updates and instantly update our mobile phone information on our portal.

Apart from sharing mobile prices in Pakistan, we regularly publish useful contents for audience such as mobile reviews and mobile phone comparisons among best models. Our review-based contents are written by qualified and expert members, who’ve in-depth knowledge of latest mobile phone technology and have extensive knowledge in the respect fields.

At Whatsmobile.com.pk, we strive our best to provide useful and meaningful information for our audience who are interested in mobile phone prices, latest features and specifications. Our well researched contents and readily available up-to-phone mobile phone information greatly assist our website’s users to buy best mobile phone according to their needs.

If you have any query regarding mobile phone prices in Pakistan, feel free to contact us.

We can not guarantee that the information on this page is 100% correct (Human error is possible) Always visit your local shop for exact mobile prices.*Above mobile prices and rates are only valid in Pakistan.